Confessions of a superyacht stewardess

These incredible vessels are owned and enjoyed by celebrities, royalty and titans of industry.
The smooth running of these colossal boats depends on a troop of dedicated workers. And among the most diligent are stewardesses.
They call themselves “glorified housekeepers” but they’re much more than that.
They’re also entertainers, cleaners, cocktail mixologists, waiters and even yoga teachers.
Chief Stewardess, Gemma Hulbert, has been working as a “stew” for almost seven years.
“We’re caretakers for the guests — anything and everything they need is done before they need it,” the 25-year-old explains, adding that guest requests at times can be quite unusual.
Once, she says, a guest only wanted to bathe in half a tub of hot water that was then topped off with half a bottle of none-other than Fiji water and half a cup of baby oil.
“That was so much fun to clean from the marble after,” Hulbert quips. 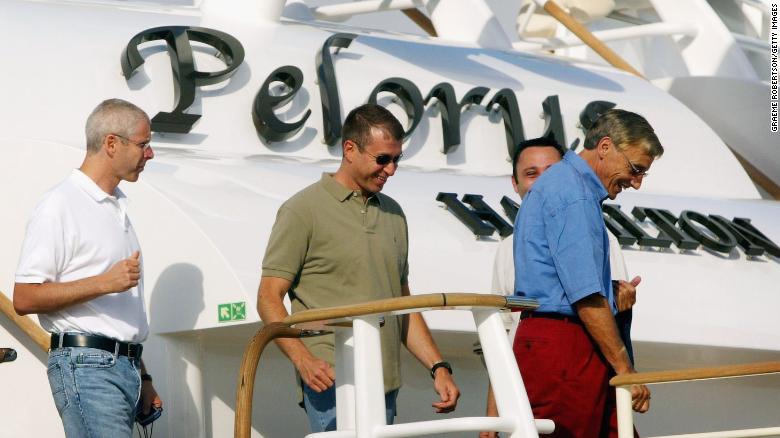 “I’ve also had a charter guest in the past who purchased a vintage Hermes bag in the States so our purser (the officer on board who keeps the accounts) had to organize a private jet to go to the States from Monaco to pick up the bag and bring it back so she could take it to a gala the next day,” she adds.

Chelsea Nielsen also works as a superyacht stewardess and on-board yoga teacher — something she calls both exhausting and rewarding.
“They (guests) are used to luxuries — they’re desensitized to having help 24/7 and having people take care of them 24/7,” the 33-year-old tells CNN from Monaco during one of her rare days off.
“Of course, they have expectations as I do if I go to a restaurant, but as far as people being the clients I have worked with or worked for have truly only been grateful and gracious.
“You can always tell who has come down from generations of wealth — they just carry themselves with a bit of grace and class versus maybe someone who has just come into money for the first time and they have a little bit of their nose in the air, little bit of an attitude about them.
“No judgment of course! It’s just interesting.”

‘Celebrities aren’t the norm’
Nielsen has worked on both private and chartered yachts — including the award-winning 312ft motor yacht, Kismet, owned by billionaire Shahid Khan, owner of the Jacksonville Jaguars and Fulham FC. It reportedly charted guests Beyonce and Jay-Z in July. 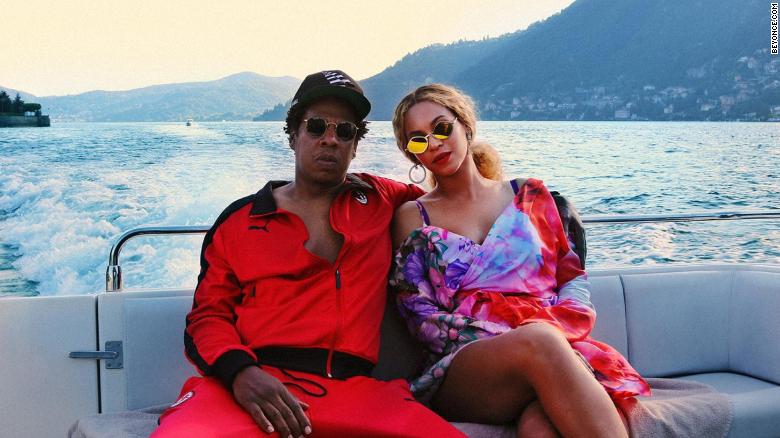 Photos were posted on Beyonce’s website of her recent trip which was reportedly onboard Kismet.

“I get asked about what celebrities I’ve met and I’ve been lucky to have met a few but that’s not the norm from what I have found — at least from my experience. Of course, there are celebrities who own yachts but it’s not as prevalent as really wealthy entrepreneurs who have been smart with their investments and can afford to throw money into a big hull in the water,” Nielsen says.

“It may be someone who has a specific brand or product that has exploded or someone who makes a specialized product for cars. One of my previous bosses brought the concept of loyalty rewards to his country so all the grocery stores in his country now have loyal reward programs.”
It’s common practice for stewardess’ to sign non-disclosure agreements to protect guest identities. Something Nielsen says is out of privacy and respect.

Nielsen compares her hours to that of doctors.
“Basically we’re on call 24/7,” Nielsen explains. Generally, she works a 13 hour day — with a two-hour break during the day, and a nine-hour break overnight. She does everything from maintaining the boat, serving breakfast, lunch and dinner and entertaining guests by offering them yoga classes.

“The yachting industry is very materialistic and very luxurious and a lot of beauty is to be said about it but you can lose track of your heart and soul and the things that really matter in life and I feel honored to be able to reconnect people to that part of them.”
The suite includes a living room, dining room and master bedroom while there&#39;s even a self-playing piano, so you can pick a tune to be serenaded by. 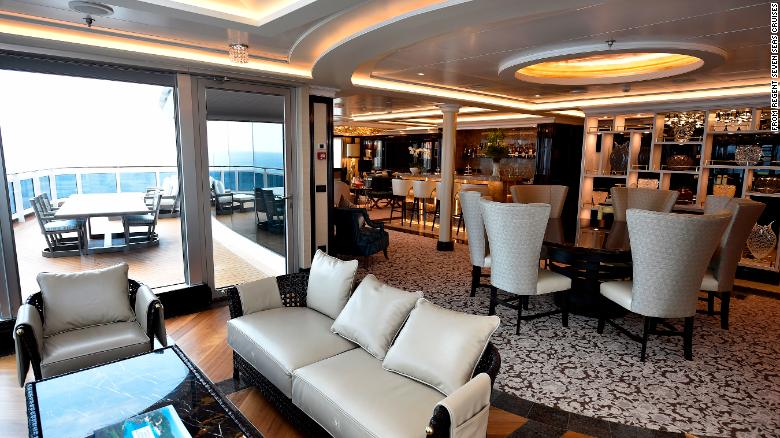 Nielsen and Hulbert, like many others, document their stewardess lives on Instagram. And while it may look glamorous as they spend the year chasing the sun from Mexico to the Caribbean and Europe, they sometimes only catch a glimpse of their surroundings through the yacht portholes as they clean guest suites with toothbrushes, toothpicks and cotton buds.
“It’s pretty crazy,” Hulbert says. “When we go into every guest cabin on a daily basis we open every product, every piece of makeup, every item of face-wash and we check the cap. You clean it so it looks like it’s just come directly from the shop. If it’s foundation you wipe everything perfectly clean.” 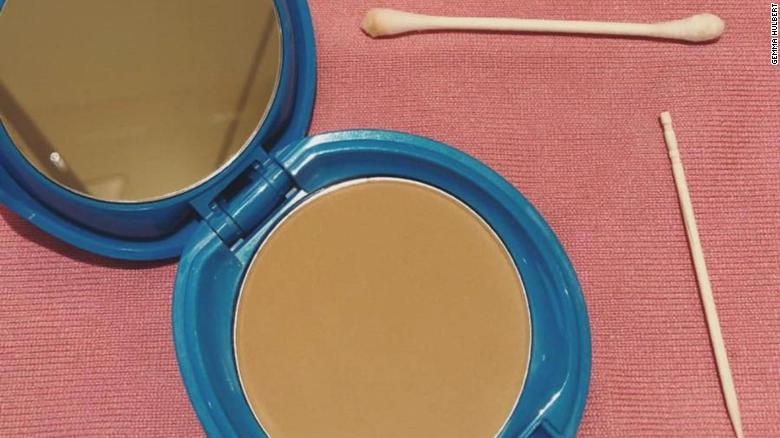 You’ve got to become a perfectionist and constantly spot the imperfections, she says.
“When we wipe glass or mirrors we turn off all the lights and use the flashlight on our phone and then check for any smears or watermarks that we may have missed — that’s the closest possible way to making it as perfect as possible.
“We’ve always got rags in our pocket wiping every fingerprint. If a guest touches a light on you go and wipe that light switch, if they go into their cabin and sit on their bed you make that bed so it looks like it’s never been touched and the second they use a bathroom you’re straight in there and giving it a clean.”‘

Attractive wages with no expenses

Despite the long hours, it is an industry that offers attractive wages — with stewardess salaries ranging from $2,700 to over $9,000 per month, depending on experience and yacht size — and that doesn’t include tips.

I remember the first time it happened and looking at the envelope of just cash and not even knowing what to do with it.

It’s customary to tip crew at least 10% of what the yacht costs to charter, which is then divided up among staff. So with most chartered yachts costing between $300,000 to over $1 million per week (not including fuel, water or food) — crew can expect to get upwards of $2,000 additional in tips. There’s also no expenses — with board, meals and toiletries all covered.
“Before you know it you can receive triple your month’s wage after two weeks — cash in hand,” Nielsen says.

“I remember the first time it happened and looking at the envelope of just cash and not even knowing what to do with it. Of course being American and seeing Euros I’m like ‘this could be monopoly money for all I know. This hasn’t even registered what’s in my hand right now, it doesn’t even look real.'”

Nielsen recalls hearing of another boat whose owners would also give stewardess’ extra cash for hairdressing appointments because they stipulated that they all had to have blonde hair.
“That was the first time I had ever heard of that,” she says. “They would give them an extra hundred bucks a month to make sure they went and got their hair done and maintained.”
Some owners who are sensitive to smells order no one to wear perfume, Nielsen says, while others ask for the opposite.
“One of my bosses worked for a scent company, that’s how he made his money — fragrances and air purifies — and he really loved smells so we all wore perfume,” she says. 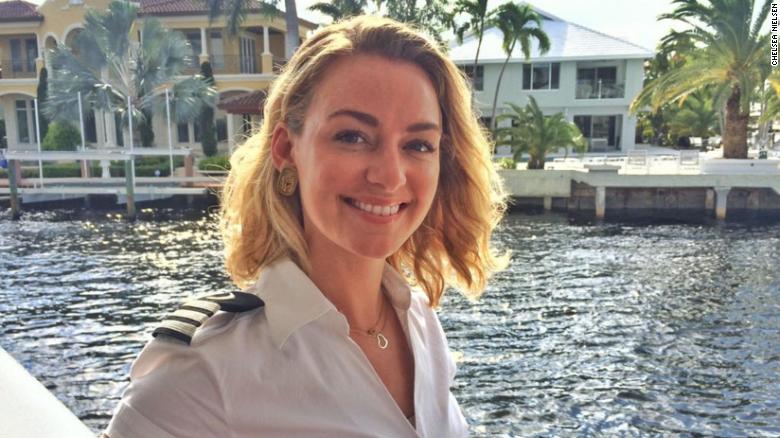 33-year-old Chelsea Nielsen says stewardess’ have to look the part. “You definitely have to maintain a sense of appearance. Your hair has to be tidy, your makeup has to look nice, you definitely cannot wear extravagant jewellery.”

Appearance is important, say both Nielsen and Hulbert, and that can be problematic.
“It’s very tough to get a job if you’ve struggled with weight,” Nielsen says. “It’s a physical job and if you’re someone who struggles with that it may be a challenge for you.”
At the end of the day we’re doing whatever we can to keep the owner happy.

As well as that, tattoos are often off-limits — even if they’re not visible.
“Some boats are all men, some boats probably don’t have any employees of color, some boats won’t hire a woman just because the owner doesn’t like what your picture looks like on your CV,” Nielsen says.
As chief stewardess, Hulbert says, she’s considered the “face of the entire interior.”

“At the end of the day we’re doing whatever we can to keep the owner happy,” she adds.

Finding love through the porthole

Despite the long days, both women happened to find love on board in between the cleaning and guest demands.
“I saw him through the porthole of a boat next door and finally met him,” Hulbert says of her now-husband who work together on the same boat.
Nielsen also met her partner on board.
“It’s very challenging to maintain a relationship with someone who might not understand what it is you’re going through — I can only text you at certain times of the day, I probably can’t call you because my service doesn’t work in the middle of the ocean, I’ll text you five minutes before I go to bed and then I’m going to have to go to sleep.
“Having that partner on board especially if you’re lucky enough to share a cabin, it’s nice to go back and vent to each other, hug each other and remind each other that everything is going to be OK.”